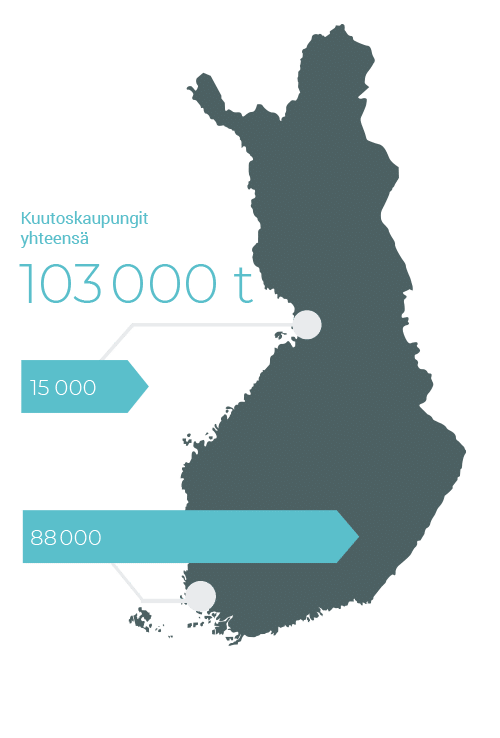 In Finland, the amount of treated soil that has been contaminated with oil is approximately 1–2 million tonnes (Pyy ym., 2017).  Of the regions of the six largest cities in Finland, the soil contaminated with oil was identified as a material flow in need of innovation in the Oulu and Turku regions. During the period between 2006 and 2016, Kiertokaari Oy, which operates in Oulu, received annually an average amount of 15,000 tonnes of soil moderately contaminated with oil and approximately 13,000 tonnes of soil that contained over 2,500 mg/kg of oil hydrocarbons. As the number of performed soil replacements varies, the amount of received contaminated soil also varies greatly from year to year. Soil contaminated with oil hydrocarbons can be treated by composting. Composting reduces the harmful concentrations so that the land masses can be used in the landscaping of landfill sites instead of virginal masses. Harmful substances can also be removed from contaminated soil with the aid of thermal treatment. 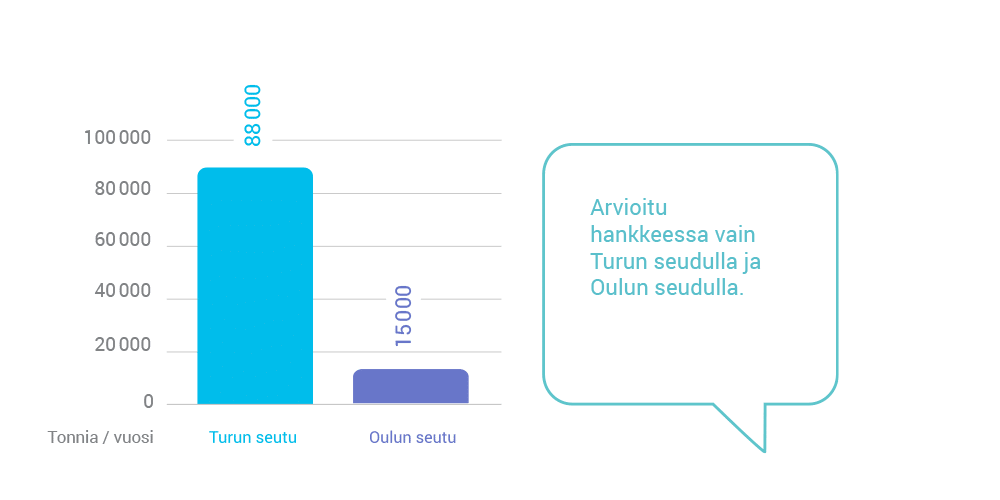 The development of new decontamination methods plays a central role in the future recoverability of soil contaminated with oil. In the case of in-situ decontamination, the costs incurred by transportation are avoided. However, the cold Finnish winter slows down the on-site soil decontamination process (Surakka 2017). Research and development work are, however, being continuously promoted. The objective of the ‘National risk management strategy for contaminated land in Finland’, prepared under the lead of the Finnish Ministry of the Environment, is to contain the risks posed by contaminated land in Finland in a sustainable and cost-effective way by 2040 (Ympäristöministeriö 2015). The REMSOIL project studied, for instance, the soil decontamination method based on biostimulation in which the soil’s microbial activity is boosted with meat-and-bone meal (MBM) (Surakka 2017). The utilisation of MBM seemed like a potential addition to biological soil decontamination process. In addition, in Oulu and Northern Finland, there are already local businesses operating in the thermal treatment of contaminated soil (Savaterra Oy 2018).