Farm animal excrement with or without bedding is considered manure. Traditionally, manure is spread on the fields of one’s own farm, but the geographical concentration of farms and the increase in farm size have led to a situation where the neighbouring fields do not suffice for the reception of all the manure that is produced in the area. One problem in the recovery of manure nutrients is also the low nitrogen content of the manure in relation to its phosphorus content (Luostarinen 2011).

Manure can be composted, in which case the ready compost can be utilised as fertiliser or soil improver. In Finland, significant amounts of unrefined manure is used as a fertiliser. It is also possible to treat manure and other side streams rich in nutrients and productise them into recycled nutrients. In that case, fertilisation can be targeted better according to need and the nutrients can be prevented from flowing into water bodies. (Varsinais-Suomen Liitto 2017.)

Manure can also be directed to be used in biogas production, in which case electricity, heat, or transport fuel can be produced from it. Even with the current technologies, manure is complete and usable material for energy production. The use of manure in energy production is restricted by the transport distances and the smallest amount of mass that is economically viable to retrieve (Alijoki & Paloposki 2014). Local biogas production may also be profitable at farms that are large enough. The digestion reject created in biogas production contains more nitrogen, which is useful for plants, so it can be effectively utilised in fertiliser use. The digestion reject can be utilised as such, or its nutrient composition can be supplemented with, e.g., ash produced in the incineration of wood or lime obtained from the extractive industry. (Varsinais-Suomen Liitto 2017.) 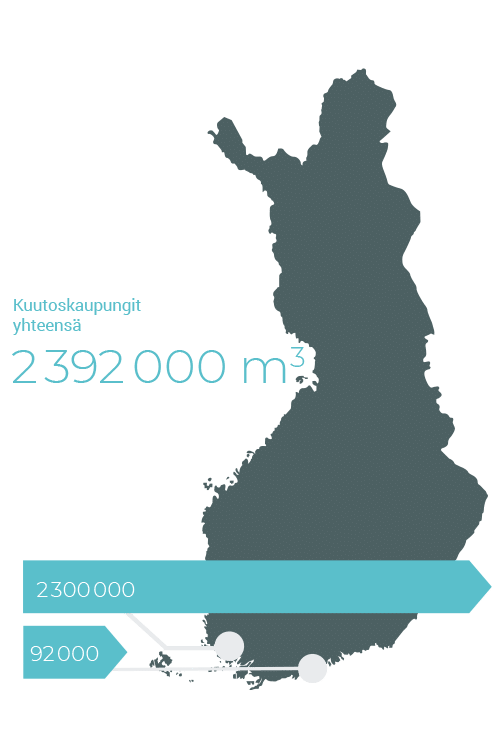 Annually, approximately 17.3 million tonnes of manure is produced in Finland. Of the produced manure, 53% is slurry, 35% solid manure, and the rest separately collected dung water (urine). (Marttinen ym. 2017.) When it comes to the regions of the six largest cities in Finland, particularly large amounts of manure is produced in the Turku region in Southwest Finland, where approximately 2.3 million cubic metres of manure is produced annually. This is mainly due to the large-scale pig and poultry industry in Southwest Finland. In 2016, approximately 66% of all the laying hens in Finland and 24% of the Finnish pork production were located in Southwest Finland. (Varsinais-Suomen Liitto 2017.). Over 90% of the manure produced in the area is spread on fields (Alijoki & Paloposki 2014). In some areas in Southwest Finland, the amount of produced manure exceeds the amount needed to be spread on fields, since the phosphorous content of the fields is, in part, already high. For its part, the environmental compensation system encourages to the use of manure in field application and cultivation. (Varsinais-Suomen Liitto 2017.) 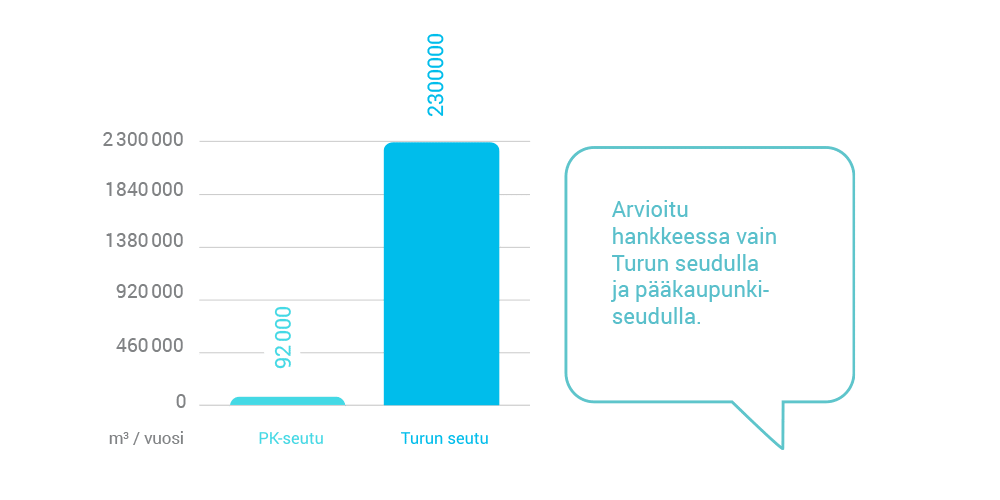 The value of manure as a fertiliser and soil improver depends on which nutrients and properties the user values. There are significant differences in the nutrient contents of different types of manure and, for this reason, the significance of manure analyses will increase in the future. When analysing manure use, different manure types must be analysed separately. The actual nutrient contents of the material should be taken into account in farm-specific analyses. The nutrient content of manure can be affected by the feeding of the animals, storage, and various fractionation techniques. These factors affect directly the amounts and economy of manure use. (Alijoki & Paloposki 2014.)

Fractionation can be carried out with a rotary dryer, screen separator, or centrifuge.  In relation to manure separation, the most significant savings can be obtained in the transport and application costs. The nutrient benefits are gained from the fact that the nitrogen and phosphorus contents of separated dry matter and liquid differs from the nutrient contents of slurry. The phosphorus remains in the dry matter and the nitrogen remains in the liquid fraction, in which case more manure-based nitrogen can be spread on the fields.  It is easier and cheaper to transport phosphorus-containing solid matter further due to its smaller quantity. According to Cano-Bernel et al. (2015), the more manure is produced and the smaller the surface area of one’s fields in relation to the amount of manure, the more profitable manure separation is.  In the pilot project of Cano-Bernel et al. (2015), separation did, however, prove to be an expensive method with respect to gained benefits.  Investing in a separator is profitable at a farm where at least 3,400 cubic metres of manure is produced annually (Huusko & Jäppinen 2015). Mobile separators co-owned by farms would distribute the costs more evenly and provide benefits for several farms at once. The utilisation of gas produced by biogas plants as transport fuel improves the profitability of plants producing electricity and heat (Cano-Bernel ym., 2015).

It is possible to carry out the concentrated biogas treatment of manure by selling the gas for transport fuel or supporting electricity production with an electricity production subsidy. With the aid of the combined treatment of manure and plant biomass, liquified biogas can be produced in an economically viable way (Paavola 2016). The benefits of composting and field application include small equipment investments when compared with the other manure treatment methods (Oksala 2017).