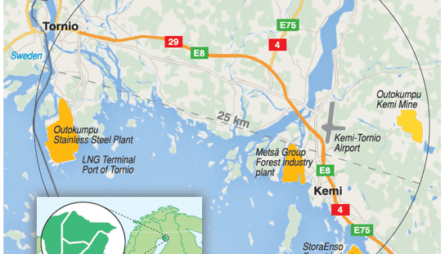 The Centre for Circular Economy and Bioeconomy led by Kemin Digipolis Oy is also active in the area, with the aim of developing a more competitive environment for companies operating in the circular economy.