Waste electrical and electronic equipment, i.e., WEEE, consists of equipment that is no longer in use and used to operate on electric current, battery, or solar energy. The most common equipment in the WEEE waste is household appliances, clocks, computers, printers, mobile phones, televisions, consumer electronics, cameras, light bulbs, luminaires, and electric tools. All light bulbs except incandescent light bulbs and halogen light bulbs are considered WEEE waste. (SER-kierrätys 2012.)

The waste management of WEEE falls under the producer responsibility. Consumers can return WEEE waste free of charge to, e.g., regional waste sorting stations and some stores that sell electrical and electronic equipment.  In addition, there are also separate services subject to charge for the data-secure recycling of, e.g., computers and data equipment.

The WEEE waste received from consumers is reused or transferred to treatment plants via the recycling network. In Finland, there are seven operational treatment plants where glass, metal, plastic, and harmful substances are separated from the WEEE waste. (Serty ry 2017.) The WEEE waste treatment process at the treatment plants usually includes four phases: separation and sorting, removal of harmful substances, waste size reduction, and material separation. Some of the work phases include manual treatment, in which the chemicals possibly released due to the disassembly of the equipment must be taken into account. The waste size is reduced, for instance, with the aid of crushers. (Kjell 2009.) 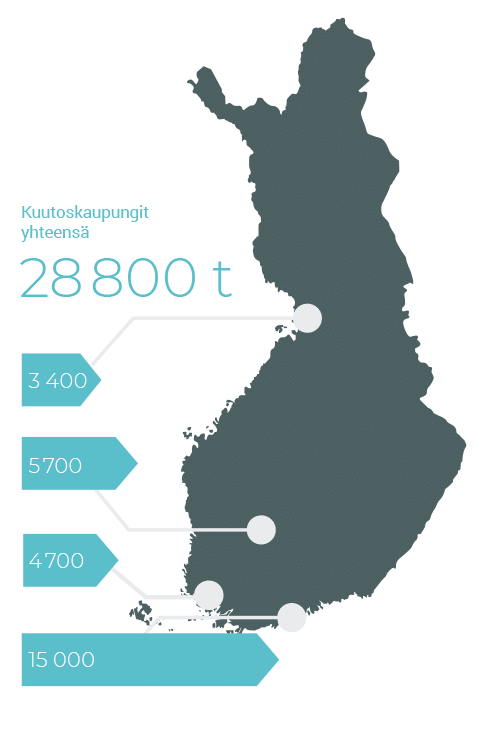 The majority of the material is metal, which has an established market (Kjell 2009). From appropriately treated electronic equipment streams, also precious metals, such as gold, palladium, silver, and copper, are recovered at large copper smelting plants. WEEE waste also contains large quantities of rare earth metals (e.g., neodymium, dysprosium, praseodymium, terbium, samarium, yttrium, gadolinium, and europium) that are not recovered at the moment. The reason for this is that the quantities contained by the components are so low that the metals would have to be extracted chemically. Particularly circuit boards and magnets contain even more rare earth metals than mining deposits. (Saarinen 2017.)

The glass in WEEE waste is mainly derived from cathode ray tubes, i.e., from the screens of CRT televisions. However, in the future, it will also be derived from flat screens. The lead oxides, barium, and strontium oxides contained by the cathode ray tube glass hinder its recycling. The utilisation of glass as a construction material component and in smelting has been tested, but no wider commercial use has been identified. Approximately 20% of WEEE waste is plastic, and when collected separately, the plastic is homogenous and thus easy to recycle. Due to the separation after crushing, the plastic material contains several polymers, which are difficult to separate from each other. (Kell 2009.)

In 2015, 63,000 tonnes of WEEE waste was collected nationwide from households and other sources. Of that amount, approximately 1% was directed to reuse, 89% was recycled, and 2.9% was recovered as energy. The majority of the WEEE waste is treated in Finland, but part of the material flow is transported abroad. (Pirkanmaan ELY-keskus 2015.) It has been estimated that as much as half of the WEEE waste in Finland remains outside the official recycling systems (Saarinen 2017).

In all the regions of the six largest cities in Finland, WEEE waste was identified as an important material flow that is in need of innovations. The regional quantity estimates were derived from the national statistics proportioned to the population maintained by the Pirkanmaa ELY Centre. It was estimated that in 2016, approximately 15,000 tonnes of WEEE waste was produced in the capital region, 4,700 tonnes in the Turku region, 5,700 tonnes in the Tampere region, and 3,400 tonnes in the Oulu region. 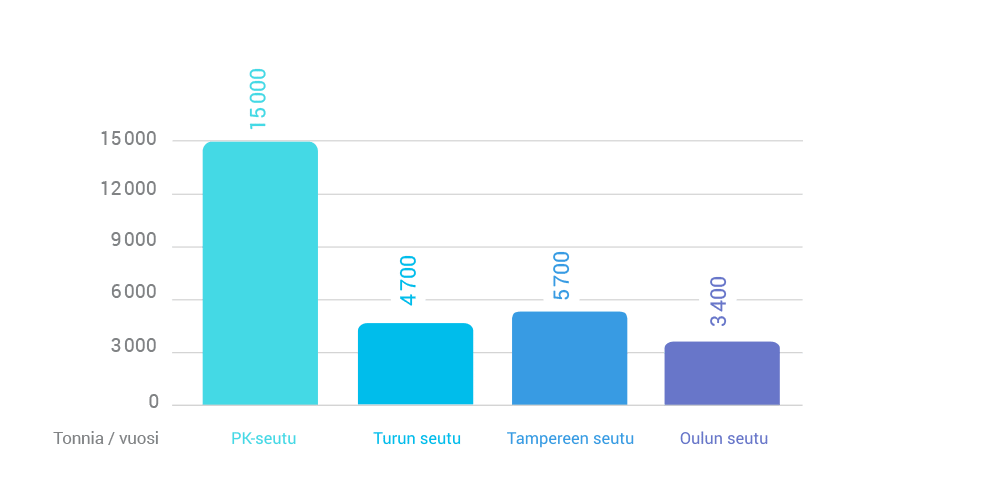 Even though the recycling rate of WEEE is already high, there are still some development needs related to this material flow. The most significant innovation needs include

The recovery of precious metals and rare earth metals is currently being developed in the Finnish WEEEFiner project. The aim is to develop a container-sized plant that utilises the hydrometallurgical methods patented by the Department of Chemistry of the University of Jyväskylä and Jyväskylän Energia Oy. In an ideal case, the metals can be recovered in the process as complete commercial compounds. (Saarinen 2017.)

The metals contained by the equipment are the most valuable materials in WEEE waste (Wang & Xu 2014). According to the study by Cucchiella et al. (2015), in 2020, smartphones and TV and computer displays (LED and LCD) will be the most valuable WEEE fractions (Table 1). 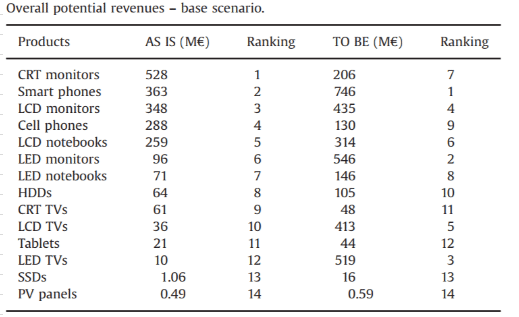 According to the 2014 review, of the WEEE waste, CRT monitors, smartphones, LCD televisions, and mobile phones provided the most significant business potential in Europe. The review is based on the estimated material content of the equipment. As technology develops, the old-fashioned technology disappears and the WEEE waste also starts to contain new technology, such as solar panels. There are differences between different product groups depending on whether the business potential of the product groups is calculated per each kilogram of product or product unit (Figure 1). 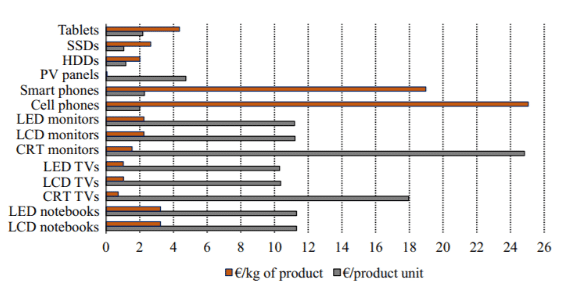 Figure 1. Business potential of different product groups either per each kilogram of product or product unit (Cucchiella ym., 2015)

The reuse of waste electrical and electronic equipment is already profitable business. For instance, Ekox Finland Oy, which operates in Vantaa, Finland, recycles equipment such as photocopiers, mobile devices, and computers. The shipments received by the companies contain usable devices that are repaired and sold to new customers. If the repair costs exceed the resale price, only spare parts will be recovered and the rest will be recycled. (Saarinen 2017.)