PVC is one of the most commonly used polymers in the world. PVC, i.e., polyvinyl chloride, is so-called halogenated plastic into which chlorine has been added. PVC is used particularly in industry. When measured in terms of business profits, it is one of the most valuable products in the chemical industry. (Muoviteollisuus ry 2017.) Over half of the produced PVC is used in the construction industry, as it is an inexpensive and easy-to-use construction material. In Finland, the use of PVC became popular in the 1960s and 1970s. Now, applications that have been in use for decades are being rapidly disassembled and the amount of PVC waste is expected to increase. PVC is also commonly used in the automotive industry, electrical equipment, and packages. (Eskelinen, H. ym., 2016, Poropudas 2011.) 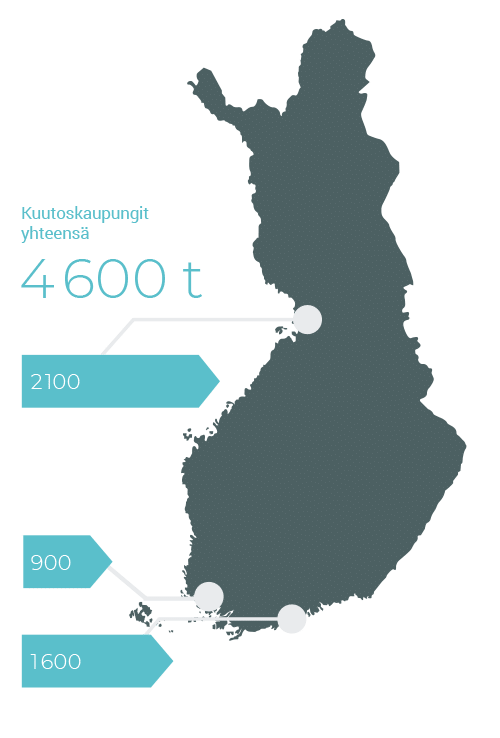 PVC is a difficult plastic type, since, due to its corrosiveness, it is an undesired material in almost all kinds of treatment processes. The energy recovery of PVC plastic is restricted by the release of chlorine at the incineration plants. At waste incineration plants, a small amount of PVC as a contaminant among other material does not prevent energy recovery, since the flue gases can be treated. (Poropudas 2011, Lounais-Suomen jätehuolto 2017.)

The most critical phases in the recycling of plastic waste are the sorting and separation of plastic. All plastic types are not compatible with each other. For instance, a small amount of PVC plastic among PET plastic reduces the quality of the recycled PET plastic. The reason for this is that the melting of PET plastic, which requires a high temperature, heats the PVC plastic and produces hydrogen chloride gas emissions. A small amount of PET plastic among PVC produces undesirable solid lumps in the plastic mixture (Eskelinen, H. ym., 2016). Particularly the PVC waste produced in construction should be sorted for recycling already at the place of origin. (Poropudas 2011).

In Finland, approximately 1,000–3,000 tonnes of (pre-consumer) waste is produced by industry and 25,000–30,000 tonnes of (pre-consumer) waste is produced by communities (Poropudas 2011). The flow is not significant in terms of quantity, but the material-related challenges and innovation needs have been recognised in the Turku region and the capital region. Due to the lack of statistical monitoring, the regionally produced amounts have been estimated theoretically. The share of plastic package PVC in municipal waste and the share of construction waste PVC was taken into account. The share of PVC in packaging plastic is estimated to be 2%. In addition, 50% of the construction waste plastic is estimated to consist of PVC (Eskelinen, H. ym., 2016). Thus, the amount of produced PVC was estimated to be 900 tonnes in the Turku region, 1,600 tonnes in the capital region, and 2,100 tonnes in the Oulu region. 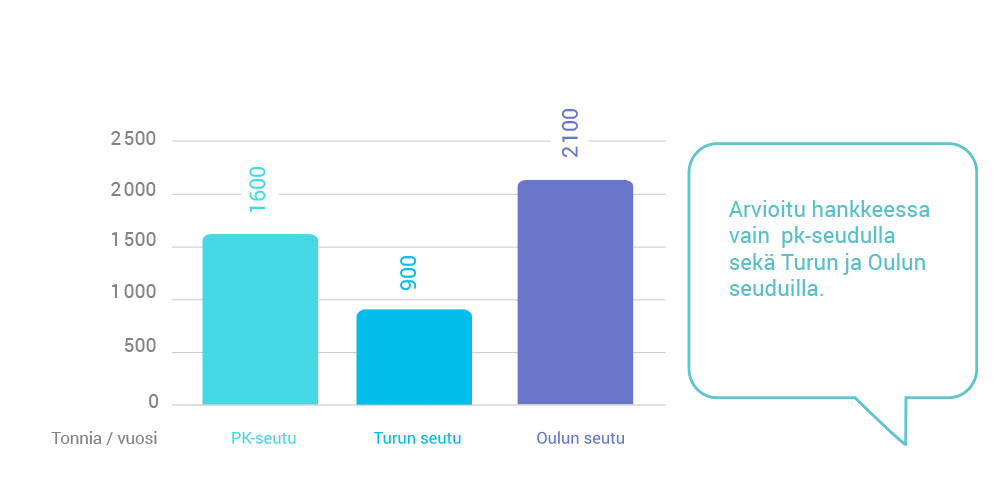 The challenges in the recycling of PVC plastic are related to, e.g., the small material flows and the chorine contained by the material. The related innovation needs are:

If PVC is able to be separately collected, the material can be utilised either by converting it into 100% recycled material or by mixing varying concentrations of recycled material with virginal material. For instance, there is a company in the United States that uses recycled PVC plastic and crushed tyre scrap, whose 50/50 combination can be used for replacing, e.g., wood in a variety of construction applications (Vinylplus 2017). PVC plastic has also been utilised in a variety of composite products instead of polystyrene to lighten concrete (VinylPlus 2017). One reuse application for film-type PVC plastic is car decals. The decals partly replace vehicle painting, as the paintwork under the decals remains intact. (Lehtinen 2017)

In 2011, there were around a dozen recycled plastic companies operating in Finland. Of those companies, only one allows for a small concentration of PVC in the production of their recycled products. The produced recycled products may contain PVC as a contaminant, but an actual recycled product, into which recycled PVC could be converted, was not found in Finland in connection with this project. (Poropudas 2011.)